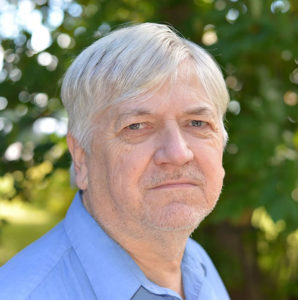 Bill Rolfe has formerly served as a faculty member at the Oakville Branch of the Royal Conservatory of Music of Toronto. His music career started while he was still in high school. While a student, Bill began teaching privately and performing for several orchestras and bands in the Hamilton area. These freelance activities also included playing for numerous local theatre companies, Big Bands and smaller combo groups that covered all styles of music. He has continued these activities throughout his career.

Bill earned his B.Mus. degree from McMaster University. Bill received awards, including McMaster Senate and Graduate Scholarships, during his time as a university student. Other awards include an Ontario Arts Council Scholarship for private studies.

While at McMaster University, Bill eventually became a teaching assistant. He was also an instructor for a series of Summer Concert Band Workshops offered by McMaster for high school students. He also served on the Faculty of the National Music Camp of Canada. Other coaching and clinician activities have included services for local community-based programmes and ensembles. He has also served as an advisor to music festivals in Hamilton and Burlington.

Bill is the long-standing Music Director for the Dundas Concert Band. Bill is also associated with the Royal Canadian Air Cadets 735 Firebird Squadron in Dundas. He was hired as a Civilian Instructor and was appointed to be the Music Director/Band Officer. He is the Officer In Charge of the squadron’s band program. Previously Bill was an Associate Conductor for the Lincoln Concert Band from 1983 to 1989. He has also provided conducting services for several other ensembles.

Bill’s interest in music and technology involves him in activities that simultaneously embrace both fields. These interests include his work as an engraver in the music publishing industry. Bill continues to offer his services as a recording engineer actively. Bill has done highly sophisticated multi-track recordings as well as simple stereo recordings. He has recorded audio projects for various local ensembles of all styles and sizes. Bill offered a band programme for several years that utilized synthesizers and sampled audio backing tracks to accompany and interact with the musicians in the band.

Bill also has many interests outside of his music career. These include astronomy, photography and computer technology.